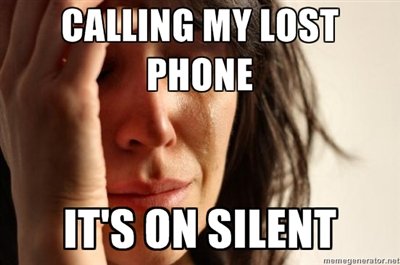 Oh #firstworldproblems. How that hashtag amuses me. Well, it amuses me yet depresses me in the sense that people over here in first world land thinks that some problems are worth angering themselves over. No, not complaints about lack of jobs or heath care or things that anyone with a brain would see are important. More like ‘man, that WiFi won’t cover my house; I’ll have to get another router.’ Or, ‘man it sucks not having room by room ac.’ Or ‘why did the guy put pickles on my sandwich? I told them not to do that and now the sandwich is ruined!’

Yeah. Such dire problems. But there are many people who aren’t in first world landia (yes I made ‘landia’ up), where their problems are more ‘will I get to eat today?’, or ‘will I find clean running water?’ or ‘will I live another day?’ Problems that first world citizens don’t have to endure.
With this idea in mind, this YouTube video was born. The clip had people from third world nations restating common first world problems in a rural setting. Some of them deliver the line calmly, some you can tell are trying to hide their disdain and or confusion from the quote. Such problems simply are alien to them.

But the biggest part of the clip was the comments. It seems that the commenters missed the point of the video. Some people wanted funny as they were looking for irony where there was none. Some people hated feeling bad, not liking the implications of the video. But near all commenters missed the point that all people have problems, but that first worlders needed to see perspective on how frivolous theirs were.
< Previous post:


Crooked teeth are the new cute in Japanese fashion