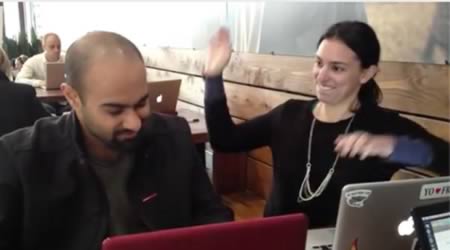 I have done my share of odd jobs. Posting flyers. Aim chat mod. Selling other people’s old stuff. Video game tip giver. All paid tasks. But never have I’ve been paid for such strange tasks as these. For example, there is a woman who is paid to hug people in her bed. That’s it. Paid haggles and cuddles.

I guess lonely men and women (or just people wanting a daily hug) come into this lady’s home by the hour and paid this woman to hug them. Note she has friends in the next room to keep her safe as most sex workers do. Wait, does this even count as no sex happens? There are cafes in Japan that do this as well for busy salary men.

Another odd job is a thing called smooshing. In an extreme take on face sitting, people (usually men) with a fetish for large women AND being crushed pay upwards of $400 an hour to have a big lady sit on them. So…getting paid to sit on a guy. That seems like the easiest way to do about nothing for cash!
And who can forget the job from Craigslist that had a woman slapping a man whenever he went off task. No really. Paid face-slapper is now a thing. The man paid this woman to do this so his work productivity would go up. According to him, it did. In a sense, this is a tamer version of having a Dominatrix spanking you in a S&M scene but instead of whips and chains, the good old hand keeps you in line.
< Previous post:


Cash mobs: A HELPFUL Internet sensation, for once!