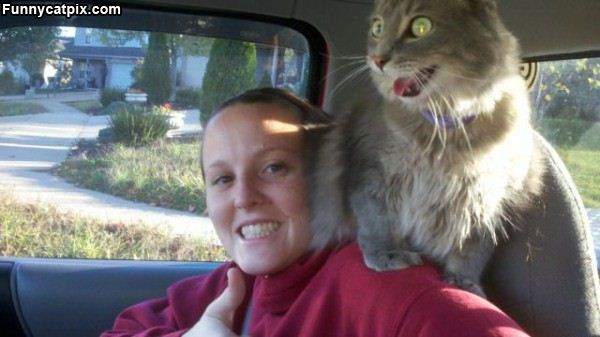 And there are crazy cat ladies...

I am a cat person. No, I don’t hate dogs. I find dogs fun, too. But cats, unlike dogs, generally come in one size range, tend to be neater animals (assuming they don’t shed hair or dodge the litter box) and need a bit less affection and play time. So I truly do love the cats. That being said, I don’t love them this much – a lady’s husband called for divorce because she was keeping upwards of 550 cats at their home!

This is well and beyond "she chose her husband over a feline." She chose to change their home into a cat hotel and for anyone who has watched Animal Patrol on Animal Network or seen an animal based episode of Horders, you know how icky and chaotic that must have been.
A residence trying to house so many animals in one place must’ve smelt and felt gross. Cats, like most animals, are not adapted to live in a cramped space with hundreds of competitors around them. I bet many of them due to being crowed and probably neglected (there is no way she could maintain each cat individually) grew feral running around and defecating everywhere. The high probability of some of the cats breeding uncontrollably probably happened too, causing more problems.
They were probably problems that the wife may have overlooked due to her need to keep them or a mental problem. The mystery here isn’t that the guy was pushing for a divorce under these circumstances. It was why he waited so long. What, after 550 cats? Did he not mention something was off at cat number 10? Or the smell building up? Or his wife’s growing attachment to her ever growing army of cats?
< Previous post: